Home Community Blog A Date Which Will Live in Infamy

A Date Which Will Live in Infamy

As shared during a Middle and Upper School Assembly on September 11, 2020

My mother was in ninth grade walking to her best friend, Susan’s house along the cookie cutter suburban streets of her neighborhood. If it had been a year earlier, she would have been wearing black mary-jane shoes and a burgundy plaid dress, but she was in high school now.  Public school, so she wore pants. A man walked out the front door of his house house as she passed and told her the news.

The president’s been shot.

My father had just graduated from high school. He was mowing lawns in the neighborhood to pay for his first semester at college. In those days you could pay for college with lawn mowing money. He’d just finished up at a house, and climbed back into his car. The broadcaster interrupted the song on the radio with the announcement.

John F Kennedy has been shot.

In a daze, my dad went back to the lady’s house, whose lawn he’d just mowed and told her the news. Her face was blank, like she couldn’t understand what he was saying, like the words didn’t make sense. I suspect it’s like when you say a word too many times and the meaning falls away.

I grew up hearing these stories. Adults in my life would talk about the Kennedy assassination as if, to remember it was to be American. It seemed monumental, but I didn’t understand how so many people could remember one moment so clearly when they can’t remember lots of other things, important  and mundane. I can’t tell you what I had for dinner last night, so how can my dad describe the radio in the car he was driving in 1963? It didn’t make sense. My parents grew up hearing stories from their parents about another day.

My grandmother and grandfather were living in New York city. They had just returned from my aunt’s christening, which is another term for a baby baptism in the Catholic faith. Everyone was dressed up and there was food on every surface of the apartment, to accommodate the family who had gathered from the neighborhood to celebrate. I wasn’t there, but I suspect my grandma, Celeste Katani, made her famous antipasta—a mountain of sandwich meats, cheeses, lettuce, olives, dressing and even anchovies, as big as a Costco pizza and at least six inches high. To serve it, you slice it like a pie. They did not have a tv in those days, they didn’t get one until 1949, but the radio was on, playing music until it was halted by the news.

Pearl Harbor has been attacked. The war in Europe, which the United States had steered clear of until this moment, was on the horizon. Life was about the change.  It was a date which will live in infamy. It was the start of a war, the change in balance of power in the world, and on a personal level for so many Americans, the day that many young men decided to enlist in the military.

As a kid, I thought, “never, I’ll never have a day everyone remembers.” I’ll never have a  “how I heard” story, that will fit like a puzzle with the stories of everyone around me. There were things, big and small that I remember from my childhood of course, Kurt Loder on MTV announcing that Kurt Cobain of Nirvana had died as I ate ramen noodles on the couch, the gas station attendant who leaned on the window of our car to tell us that the Challenger space shuttle had exploded, hearing the dull voices of an NPR news correspondent as we drove home from a family bonding vacation in Maine, that some wall in Germany had been taken down. That sounded like home improvement news, not “change the world” kind of stuff.

Then one day, I was sitting in a classroom in Senegal, west Africa. It was afternoon, and hot, with humidity that makes you sweat just sitting still. The floor was that black and white checkerboard tile and the desks were the same kind you see in Ms. Poole’s classroom, where the desk and chair are one thing. I was studying abroad my junior year of college, The teacher gathered all the American kids into the classroom and made us sit, which was weird. Then she gave us the news.

The Twin Towers had fallen, the pentagon was under attack and they were evacuating New York city.

That can’t be right, of course. That’s got to be a mistake. Those words don’t make sense.

I took a breath, and my body did that thing where it prepares to remember details forever, like all the neural pathways in your brain are pencil scribbles and one memory is in sharpie. There will never be a quiz about the floor-tile color on the English speaking school Dakar, Senegal, but I won’t ever forget it.

The second reason that things were strange for me was that I was so far from something that happened so close to my heart. I’m from New York. My people are from New York. I can draw the old skyline with the two matching obelisks. And while I didn’t lose anyone in 9/11, everyone that I knew did. My aunt and uncle lost friends, my parents’ friends lost children, my best friend’s father lost 11 of his former coworkers, all firefighters, when the North tower went down.

It’s important that you learn about 9/11 as a historian, the facts and figures, how it changed America and how it changed the world. But it is also important that you ask the adults in your life about it, and hear their stories as part of the American experience on that day. Ask your teachers. Ask your parents and grandparents. Ask your soccer coach and your faith leader. Your family has a story, and if you haven’t heard it yet, today is the day to ask.

If I could wave a magic wand and wish one thing for you, it would be that you never have a date which will live in infamy. That you go your whole life without a 9/11 or a Kennedy assassination or a Pearl Harbor. I wish you never come apart with your country. Although maybe, if I’m being ambitious, I would wish for something more. I would wish for a day that is seared into the collective American memory for a good reason. A surprise in the world so unequivocally amazing that you can’t forget where you were when it happened, and you’ll always have a story to tell. 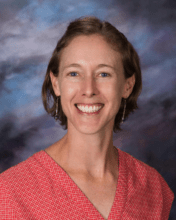 Shira Fagan graduated with a Bachelor of Arts in English from Grinnell College and an Masters of Fine Arts in Dance from the University of Wisconsin-Milwaukee. She teaches Lower School creative dance, Middle School English and Upper School dance, as well as overseeing and teaching Lower School students in the Dance Academy after school. Her past responsibilities at Waterford have included tutoring, care of the garden, planning formal dances, helping during Middle School lunch and attendance monitoring. Before moving to Sandy, she lived in the Riverwest neighborhood of Milwaukee, Wisconsin. In 2007, she performed in the Florentine Opera Company’s production of the Merry Widow and with Danceworks Performance Company II. Her master’s thesis piece, collaborating with a fine-art quilter, was presented at Danceworks in their annual show Art to Art. Since arriving in Salt Lake, Shira has participated in two seasons of the collaborative dance company, co.da, based out of SugarSpace and has done two years of the Ririe Woodbury Dance Teacher workshops. Shira enjoys reading, watching terrible movies, roller skating, pretending to organize, baking and funny cat videos. She has two daughters here at Waterford and her husband teaches in the history department. It makes the morning commute very efficient.