On a Friday morning in the Waterford Library, students and their teachers are gathering for a morning of compassionate conversation and deep listening. They’re talking politics. Yes, you read that right. I just used the words “compassionate” and “listening” to describe a political discussion. Half of the group identifies as right-leaning, half left-leaning. We call them reds and blues.

For the first hour each group meets separately with this task: identify stereotypes the other side has about you.  Then, still only among yourselves, discuss why you think those stereotypes are inaccurate, and finally–as difficult as it is to contemplate–look for a kernel of truth that each stereotype might  hold.  Come to consensus, and report out in an hour.

When the groups come back together they present their results to the other side, who, according to the guidelines, are not allowed to speak, but listen with engagement. Antony A., the red spokesperson, talks about the stereotype liberals have about conservatives being bigots.  “There are people of color who are conservative.  Our group today is way more diverse than the blues — we have someone who is Latino and someone born in Brazil. But yeah,”  (and here comes the kernel of truth) “conservatives probably haven’t done enough to support LGBTQ people.”

Isabel H., who speaks for the blues, identifies the stereotype that liberals are anti-religion. “The liberal values of compassion and justice are values religious people hold, but” (the kernal now) “our concern about a clear division between church and state can make religious people feel silenced.”

This opportunity for political adversaries to share their perspectives without trying to change anyone’s mind is a signature experience in a citizens movement I’ve been a part of called Braver Angels.  The Waterford community has been a great place to practice its principles.

Founded in 2016, the organization’s goal is to decrease “affective polarization” which occurs when members of different groups increase in their dislike to the point that they dehumanize each other. As affective polarization exaggerates differences among citizens, it makes it harder to cooperate, even in areas where opposing groups may agree on policy goals, undermining the possibility for a collective national identity or the ability to work together for common causes.

The United States is now in an extreme state of polarization. We are in what some are calling a “cold civil war” when a  pandemic, vast economic trouble, anguish over racial justice, and other national and global challenges have divided us as never before. Braver Angels rejects the normalizing of this extreme polarization. They are rallying citizens at the grassroots level to say no to the breakdown of political and social life that it brings.

I think I was drawn to Braver Angels because I have always been fascinated by juxtaposition. When I was seven years old, way back in 1967,  my parents moved me and my brothers from Salt Lake City to Cambridge, Massachusetts.  It was almost like time travel:  I was taken from a place of Eisenhower-era conformity to a center of the 60’s revolution where everything — culture, politics, religion to name a few–was up for grabs.  But instead of being terrified, my parents showed me how to be curious, interested in what was going on around me. We might not have agreed with everything we bumped up against, but we wanted to understand it.  I became comfortable with being a relatively conventional  person of faith amidst atheists, student protests, and social experimentation. Gradually I embraced liberal politics with the awareness that my beloved relatives back in Utah might think differently. Furthermore,  I love defying labels.  I have a Harvard degree but chose to marry young and be at home full-time with children for twenty years.  I am LDS, but also a feminist and LGBTQ ally.  I’m complicated:–a defier of stereotypes –so why shouldn’t my conservative neighbor be the same?  Anything that helps me connect with a fellow humans in all their complexity is worth my time.

But as we tell our Waterford students when they are considering participation in a Braver Angels event, this isn’t a story about “making nice,”: compromising,  and losing your political convictions. Being passionate about your political beliefs is a good thing, it’s the way this country is supposed to work.   But Braver Angels rejects the notion that the only alternative to the all-outrage-all-the-time form of political discourse is burying your head in the sand and sticking to the sports scores in conversations with  family and friends. Both of these options feel hollow to me.  I don’t want to ruin relationships by constantly lecturing people, but I also don’t want to run from conflict. . I’m a teacher at a world-class liberal arts school for heaven’s sake. The world of ideas is something beautiful, it’s what makes us human.  Aren’t hard conversations what critical thinking is all about?

So thanks to Braver Angels, I’ve been listening to my enemies, and encouraging others to do the same.  The variety of ways Braver Angels can help ordinary citizens do the hard work of restoring trust across the political chasm is truly inspiring. They offer free workshops online, national debates (a Braver Angels debate is not about “winning” but “a mutual search for the truth”) podcasts, interviews, and resources for educators. Anyone can join, get involved and organize an event in their community: online or “on land.”  In April, Dr. Glori Smith, who has been my partner in facilitating Waterford workshops, will present her experience with our students at a civics education conference sponsored by the Utah Valley University Center for Constitutional Studies. The video of our thoughtful participants is shared above.

One of my favorite Braver Angels stories is about an unlikely connection that three Utahns made at the first workshop we held on the Waterford campus.   Ryan is a pro-life activitst, Eric is a conservative social media figure who lost his job as a police officer when he refused to work a pride parade, and Tessa is a transgender woman who identifies as progressive. At the end of a Red/Blue Workshop Ryan had this to say:

“Eric and I found ourselves eating lunch with a transgender individual named Tisha Olsen…It was a perfect reminder to me that the divisions most of us perceive are hard to maintain when we are willing to simply talk with someone face to face – with no expectation of changing their mind…I think both Eric and I were mildly surprised at the end of the day to realize that we had more in common with Tisha than with many of the other participants….I don’t believe anyone ended up changing his or her mind as a result of this workshop, but I’m certain that most of us experienced a positive change of heart for having taken part.”

Again, nobody changed their mind. Eric’s Facebook posts most likely still trouble Tessa.  But at least all three people now have a name and a story to think about when they consider the “other side.”  These are small but significant steps toward lowering the national temperature and restoring public trust.

Our most recent workshop at Waterford was with parents – a particularly gratifying experience.  Here’s what they had to say:

I appreciate the opportunity to be heard and hear the perspectives from those with opposing views..this conversation must continue.

…Great to see how we’re all trying and acknowledging imperfections on both sides. I look forward to learning more and carrying these ideas into my family discussions.

I learned that we do need to take the time or make the time to listen to the people around us to keep learning and progressing!

The Braver Angels experience is rooted in the transformation of our attitudes towards each other.  This isn’t easy, it demands patriotic empathy: the idea that love for country is shown by our concern for our fellow citizens.  It aligns beautifully with the Waterford values, and we hope the workshops can become a signature Waterford experience for our entire community. We don’t call ourselves Braver Angels for nothing.  This work takes courage, but it also gives me hope.

Erika is an English teacher, Class Dean, and Library Chair. She volunteers as the Braver Angels Utah State Co-Coordinator. You can learn more about Braver Angels at braverangels.org or connect with Erika Munson erikamunson@waterfordschool.org. 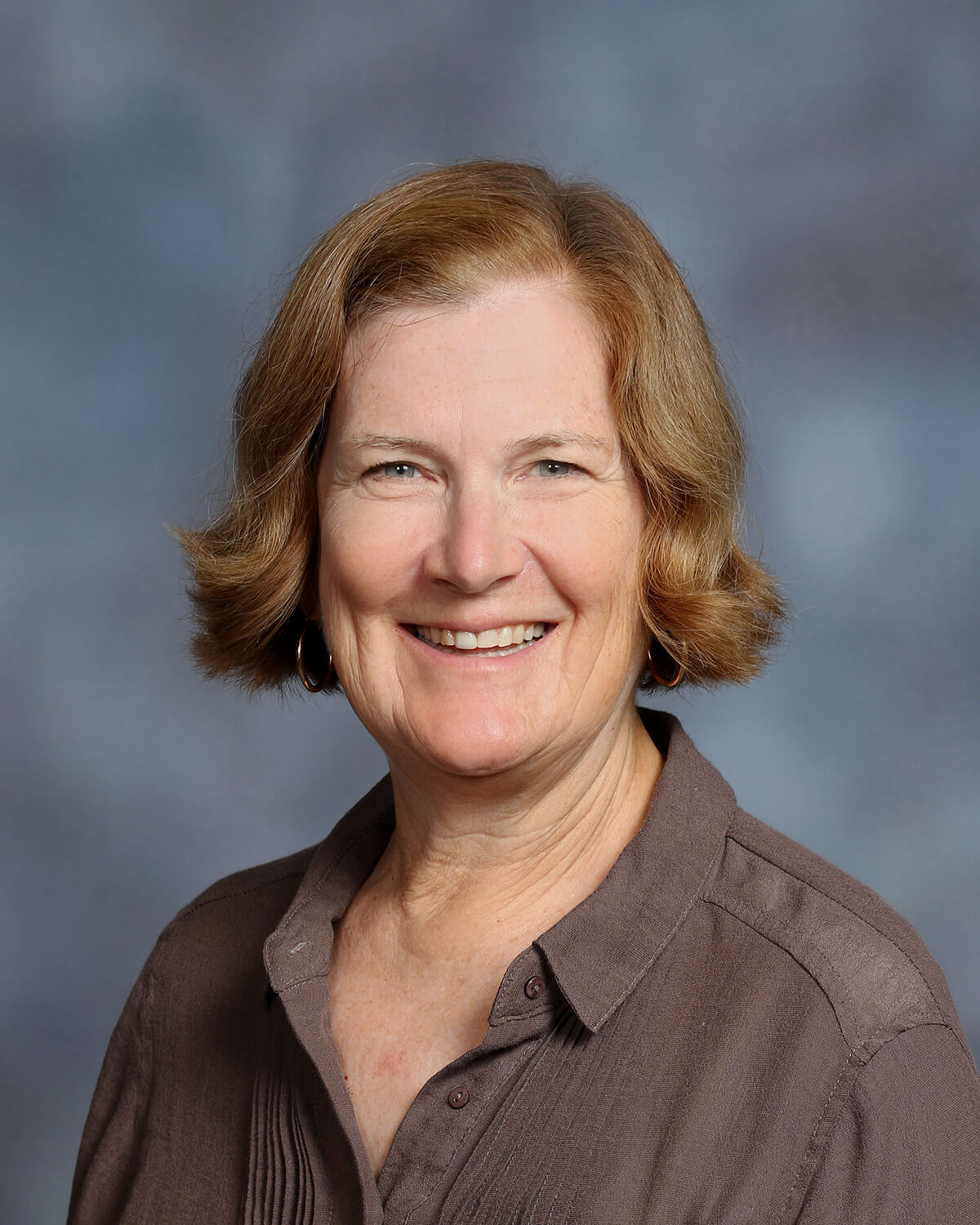 Erika Munson is a graduate of Harvard University where she received a B.A. in Fine Arts. She began her career in the Park City School District where she was a reading intervention specialist at a Title I school.  She joined the Waterford English Department in 2011 and in addition to teaching she is Class IX Dean, Middle and Upper School Librarian and Internship Coordinator.  In 2016 she was awarded an Oxbridge Teacher Fellowship for summer study focusing on The Library and the Academy at Oxford University. She spends weekends and vacations bringing diverse communities together for conversations around faith, values and identity. She is a co-founder and board member of Emmaus LGBTQ ministry and Utah State Coordinator for Braver Angels, a citizens movement to strengthen democracy by teaching individuals to listen to each other across political divides. Erika is a mother of five and grandmother of three. She and her husband Shipley live a few blocks from Waterford where they garden, read, and walk their rescued greyhound together.

An Expanded Summer at Waterford School