Ravens Athletics had another strong fall season, with moments of triumph and moments of disappointment. Here is a quick wrap-up of our fall sports, collected from our coaches. 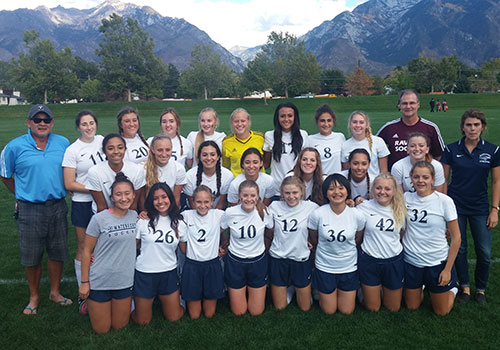 Women's Soccer had a terrific season, beating Rowland Hall 2-0 at Rio Tinto Stadium on October 22 to claim the 2016 2A State Championship. Over the course of the season, 94 goals were scored and only 12 goals were allowed. The Ravens finished their season with 15 wins, 2 losses, and 1 tie. Women's Soccer was ranked #1 or #2 in 2A the entire season. Read more about their championship victory here. 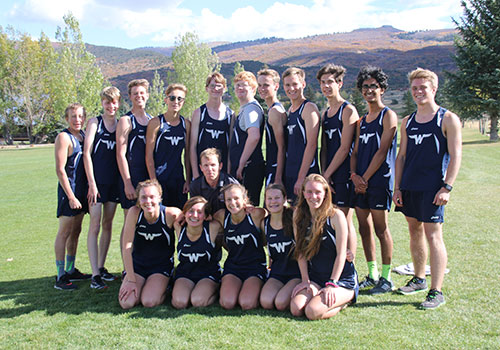 The Waterford Cross Country program had one of the most successful years in recent memory. After a season of tune-up races, the women's team ran smart, consistent, and fast at the Region XIV championships. Their efforts brought home a region championship for our program and earned them an entry into the state championship meet. The men's team, too, ran well in the region meet (2nd overall) and earned a states berth. At the state meet many of the runners set personal bests and it was a great way to cap off the careers of our graduating seniors and build experience for our underclass runners. The future is bright for the cross country teams. 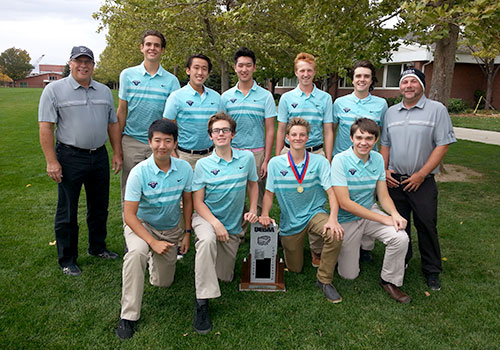 At the 2016 2A State Tournament, Waterford improved their 4th-place finish in 2015 by finishing 2nd to the defending champion Grand County. Waterford shot 322-315 for a 637 total, while Grand shot 307-317 for a 624 total. Beaver finished in 3rd-place with a score of 645. Individually, Jack Nilsen was the 2A-State medalist with a score of 141 and Walter Robson finished 8th with a score of 155. The All-State selections will be made by the PGA of Utah in mid-December. I would expect both Jack and Walter will earn 1st-team All State honors. Ryan Park finished T14 with a 167, Parker Law finished T22 with a 174, Austin Whiteley finished T26 with a 177 and Spencer Norris finished T55 with a 214. Ryan Park should earn 2nd-team All State while Parker Law and Austin Whiteley should earn Honorable Mention All State.

We, the coaches, congratulate the 2016 Boys Golf Team on their accomplishments. They worked hard and practiced with focus and discipline throughout the year. Tremendous job, men! 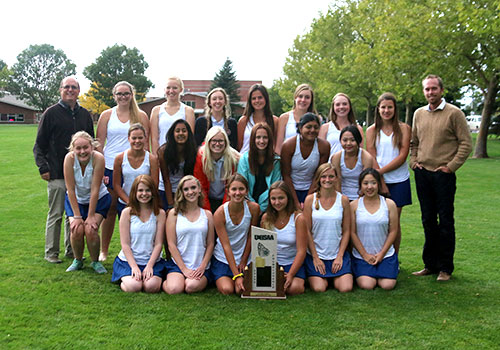 2016 was an amazing season for Waterford Women's Tennis! We took state as a team in one of the most competitive and exciting state tournaments in Utah 2A tennis history, doing so after finishing third in our region during the season and tied for second at the divisional tournament. All five positions qualified for state, four advanced to the finals, and Paige Anderson was an individual state champion in 2nd singles. Congratulations and thanks to the seniors, Brooke Diamond and Sarah Shipp, for their contributions over the last four years. We're excited for the future of this young, talented team. To read more about Waterford's championship victory, click here. 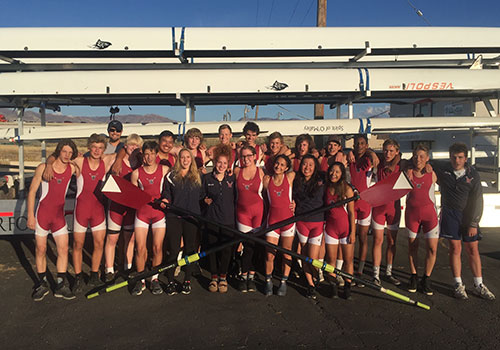 The fall season for crew has been a good one. We started with two-a-days toward the end of August, introducing our crop of novices to on-the-water rowing and on-the-erg conditioning. We built skills and boat speed through September and traveled to Oklahoma for our first race in early October. The course in Oklahoma is a challenge, particularly for a novice coxswain, with multiple turns and eleven bridges!

Upon returning from Oklahoma, brimming with inspiration, we got back to training with an eye to the Head of the American in Sacramento. The Head of the American draws most of the top crews in the country, so we knew we had a challenge on our hands. I'm happy to report that our rowers rose to the challenge, putting in solid performances in the hotly contested events.

With the equipment stored for the winter, I wanted to thank the rowers and coxswains for their hard work and the parents for their support. 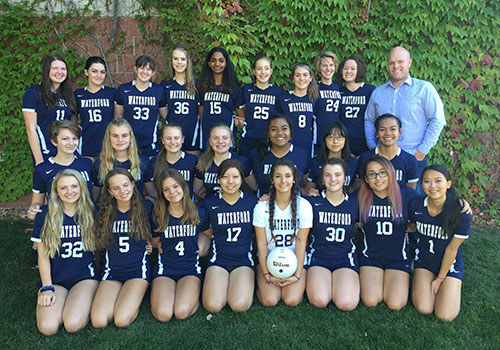 The Women’s Volleyball team went 5-5 in Region play, tying for third place.  Although we say goodbye to four fantastic seniors in Jess Olsen, Megan Beck, Kelly Reynolds and Sam Willes, we look forward to a very strong core of returning underclassmen who will help contribute to the vision of first year coach Sam Bechthold to win a region championship and compete for a state title.

Each team (Fresh/Soph, JV and Varsity) performed well in league play and every player contributed to the team's chemistry and success.  We look forward to building on the foundation that this team created for years to come and give one last thank you to our seniors who worked hard each day–you will be missed next year.